Go on... admit it, you are like me!  Recognise this person...
Take something out of a drawer, go to put it back and it doesn't fit, a lot of wiggling and shaking and squashing the contents and phew slam that drawer shut, Yeah.  10 minutes later you need something else out of the same drawer, only now the contents has sprung back up and its welding itself to the base of the drawer above.  Break out in a sweat after another 10 minutes wrestling, huffing and puffing and thinking if not saying rude words, #*"#**^*  But happy dancing, the drawer flies open, you nearly fall over backwards with the effort, but who cares, now you can get at the must have item which naturally is in the bottom of the drawer.  2 hours later you realise, big deep breath, need to close the wretched drawer, again.... course now the content is even more rummaged around and requires a sledge hammer to force it back in.

Well ta dah, I'm now wearing a halo, na naaah.  After months, if not years with struggling with the drawer, I finally decided, errr, why don't you tidy and edit the content.  Oh how radical an idea is that then, why spend 40 minutes tidying when you can spend endless amounts of time in battle.

I now have a drawer which slides in and out very easily, in fact I may spend my day doing just that... because I can, mwah ha ha.  I may apply for a job in a furniture store, demonstrating ease of drawer opening, now I've perfecting the knack.

Of course all of this has been very taxing, I need a lie down, or chocolate, or both, cos one drawer is such an effort, who knows when I will venture to tidying and sorting the others. 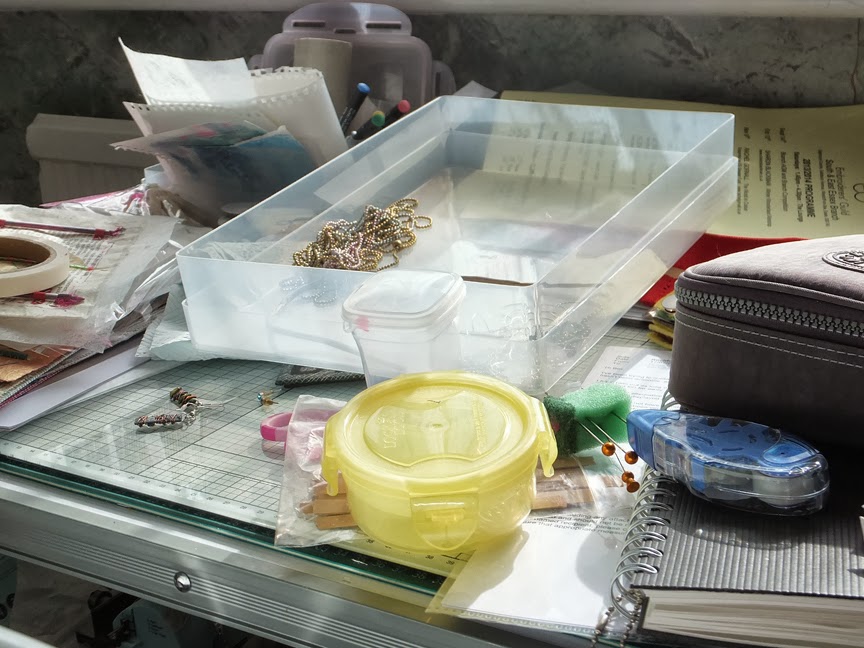 Ooops this is the table, after last weeks doing and out and about transporting things, its got to go back somewhere... sigh.
As they say, careful of the halo, if it slips it might choke!
Right, so first task, find the chocolate!

Posted by Beverley at 12:32 No comments:

The sun is shining.... and its only Wednesday and so far this week I've ticked two boxes!

~  completed a piece of work, and the paperwork and sent off my submission for a selected exhibition.  Yeah! So pleased to have done this, not so many pieces as I'd wished, but time to be real, and I've achieved.  If its a rejection I will show you, but if it is accepted you will have to wait and see in Feb 2014.  Notifications not due out til second week of Oct.

~ this morning put up my entry in the Rochford Art Trail.  The Trail opens tomorrow 19th-28th September.  Do click on the link, lots of taster photos plus offers from local businesses during the Trail.

Here are the photos of my set up in the Old House on South Street.  Its the oldest building in the area, 13th Century, open to tours.  A special tour date of Saturday 28th September has been set up, click for info.
But you can see my work in the window. 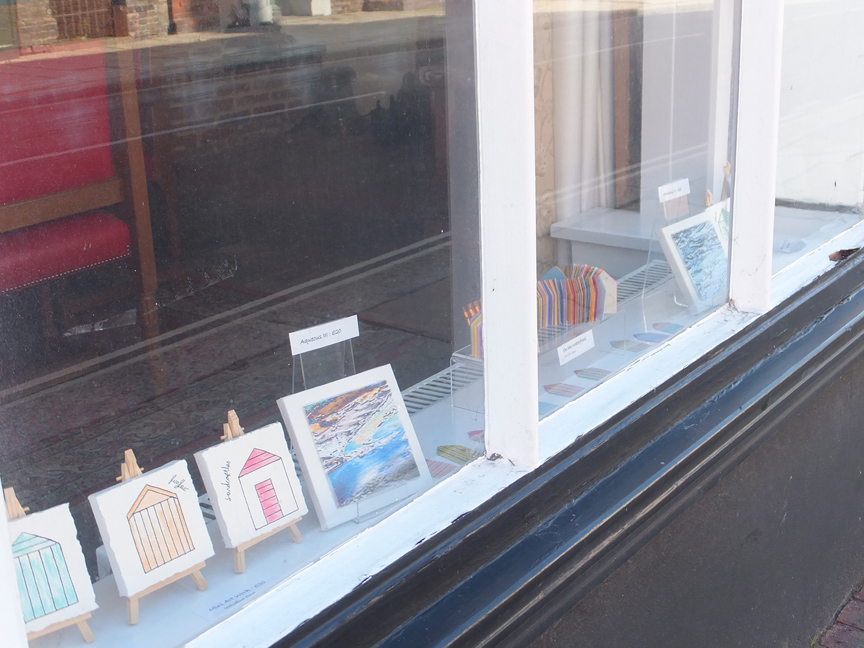 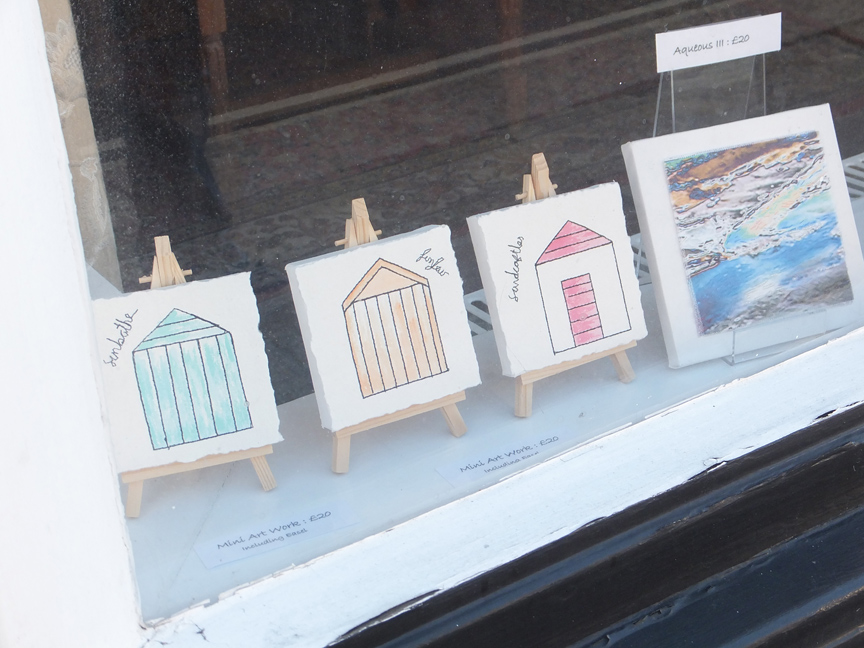 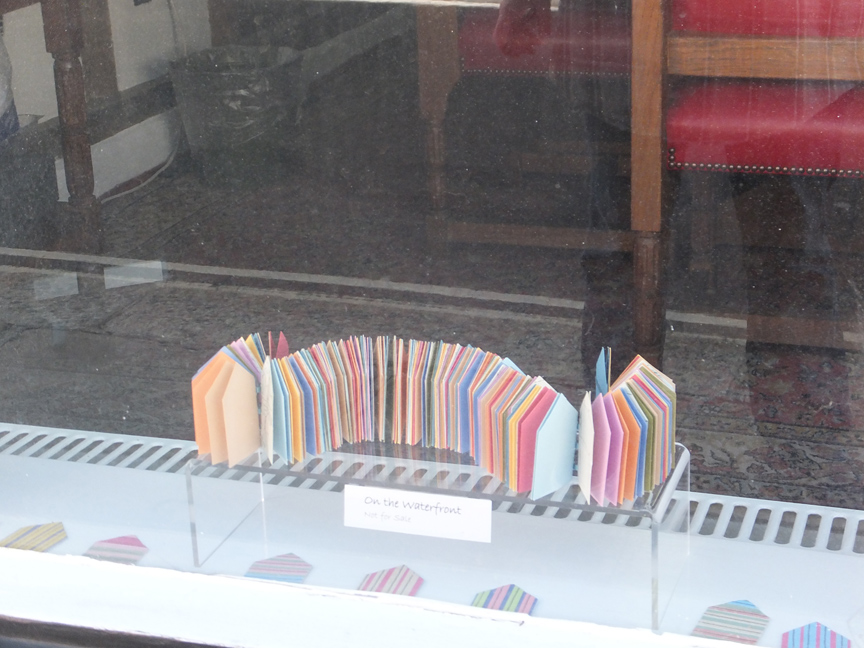 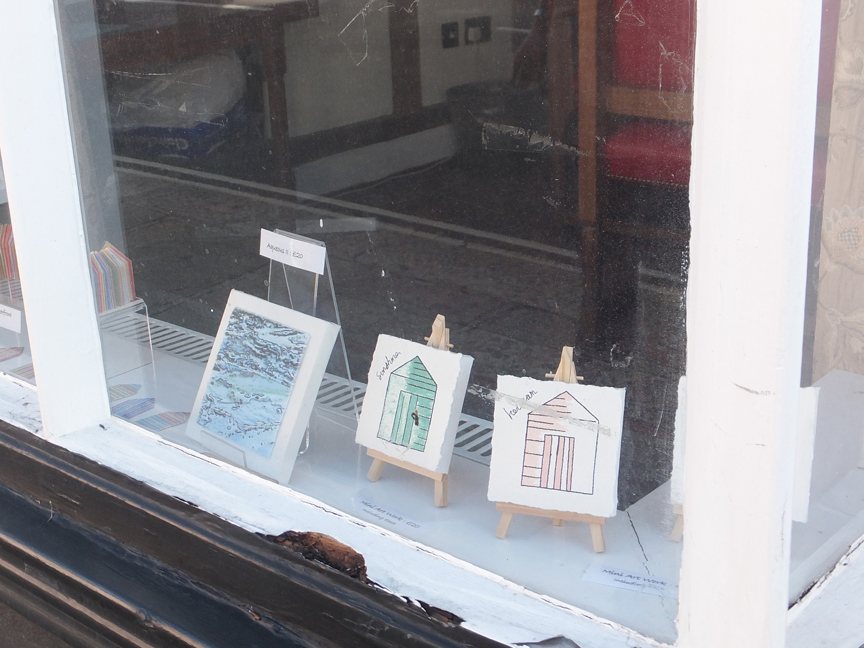 You can find details of the Trail via the website, where you can download a Trail Map.

As well as the work of a whole variety of Artists, there are additional events.  On Saturday 21st September I will be at Venue 1, Adult Community College, as one of several artists sharing skills via workshops and demonstrations.
I will be stitching, abstract art, using unconventional materials, such as these... do come along and say hello. 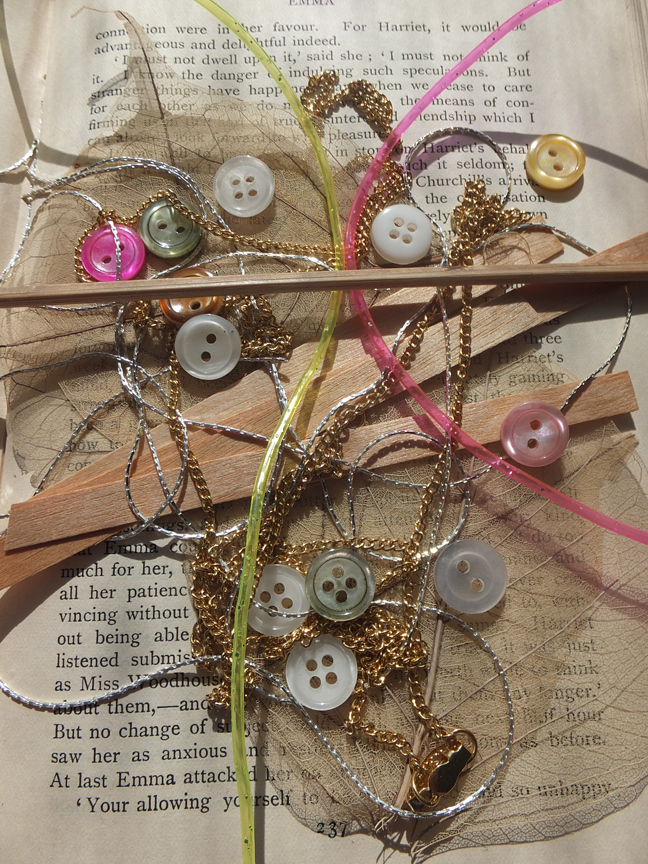 Click on any of the phots and they should enlarge for better views
Thank You.
﻿
Posted by Beverley at 12:23 No comments:

Sigh.... where shall we start?
Well the year has completed on my taking photos on the 1st of each month.  Just a snapshot of life, a means to make me look, stop and see, record.  The idea now kinda fits in with a project I am working on... so may form the basis of a piece of work.
So having managed that regular task, I've embarked on another.... a monthly online workshop on photography.  Never know it might actually help to know what I'm doing!

I've been working on finishing things for deadlines.  Its not been wholly satisfactory, in terms of making, enjoying.  I've so many ideas which I think are better, skills could be better.  So some plans have been revised downwards, which makes me cross with myself.  I've abandoned one idea in terms of making for the timescale.  Its a struggle to say No when you want to try.  I could make, I know I'm capable, I know I could devote the hours.... but I also know that it will be a 'less than'.

In the next 10 days I've to prep for the Art Trail, submit photos and paperwork for a selected exhibition and prep for a day of creative demonstrations.  After that its breathe... next deadline not til Jan.
I think I will need a couple of days of fun indulgent art.  I have these, test pieces, beginnings of an idea, which has yet to develop, so I may sidestep them into something else, just because I can. 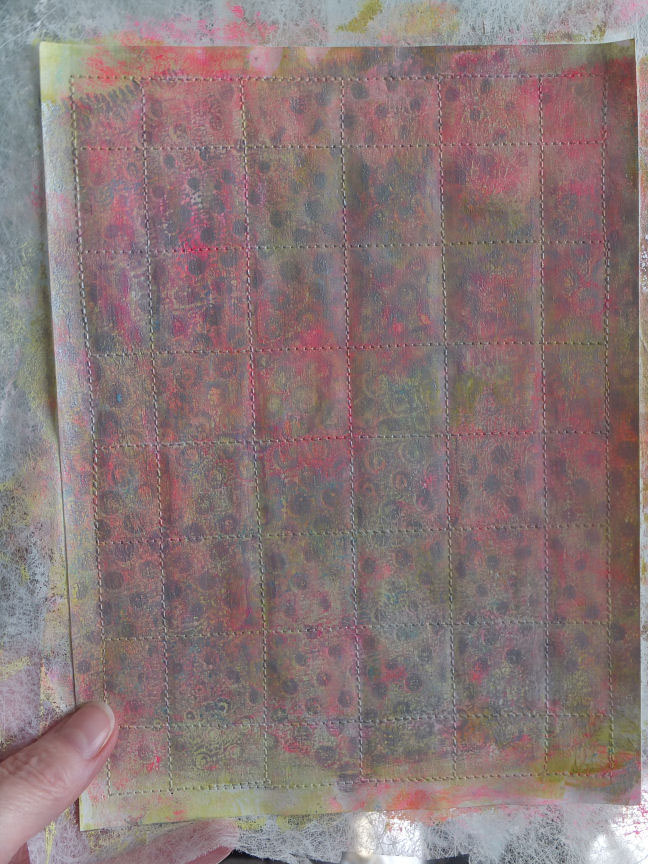 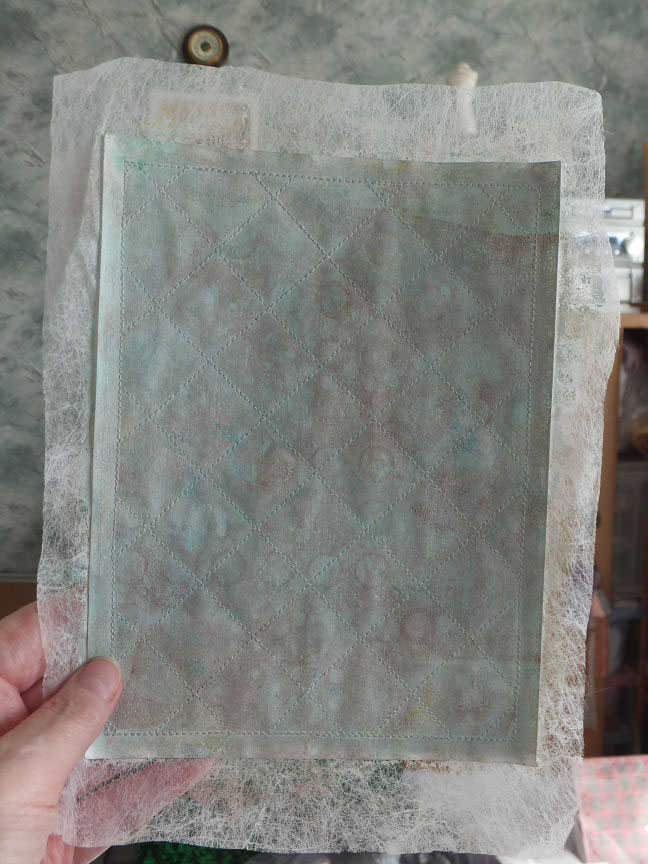 Both are 'painted' using Gelli Plate printing
multiple layers, bottom one has a layer of copper paint, would you believe.
Hopefully if you click on them they will enlarge
﻿
Posted by Beverley at 07:50 No comments: